Lady Louise’s White Party – Saturday 12 March 2016
With the start of Autumn, it was a special time of generosity in Sydney! From cupcakes and pavlovas, LED cubes from Bunnings, extra chairs and serviettes from IKEA, inter-territory visitors, balloon blowers, and conical hat wearing donation collectors, the fabulous Lady Louise hosted her White House themed house warming party. With musicians crooning in the back garden and some frogs croaking in the pond, there was a profusion of white flowers, yummy food and wine, white balloons and a white dress code. As the sun went down, all those LED cubes and fairy lights came into their own and donations to CHOP started to flow with well over AU$7,000 raised.

Hasbro Toys, hugs and more! – April 2016
A visit to Chop Vietnam Centres is always a sobering reminder as to why we continue to raise funds for our three centres in Saigon. Thanks to Greg & Tim who work for Hasbro in Hong Kong, the kids at the HIV/AIDS Orphanage & Hospice (Mai Hoa Centre) were a buzz with the donation of two boxes of Hasbro toys. Christmas funds raised by Greg & Shawn saw them personally deliver HK$10,000 (AU$1800).

This event would not have happened or been the success it was without our amazing Chop volunteers – Hamish, Loretta, Alasdair, Gary, Bill, Vanessa, Emily and our amazing raffle ticket sellers. Thank you. 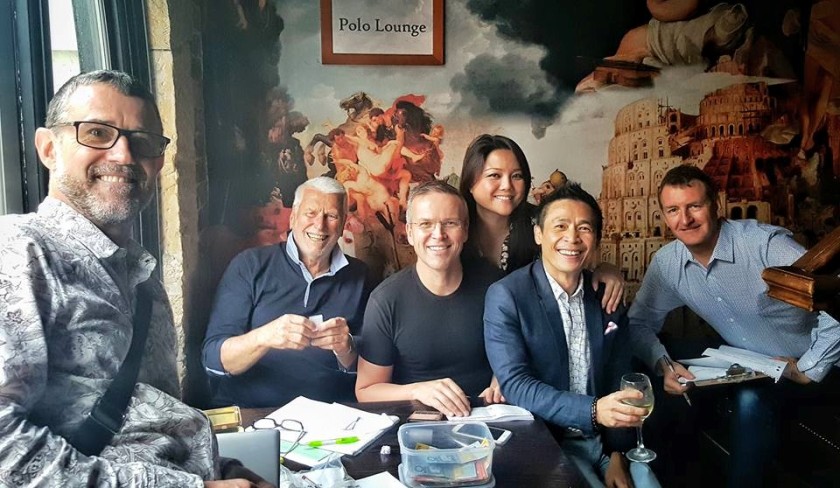